An introduction to the JAMstack: the architecture of the modern web 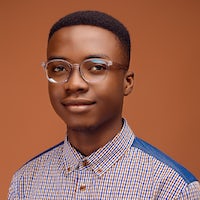 I’m sure you’ve come across the word JAMstack before but you might not have understood what it really meant. I’ve seen this word before also but didn’t care to check it out until Egwuenu Gift organized JAMstack Lagos. I then realized that I’ve been building JAMstack applications already.

JAMstack is a modern web development architecture. It is not a programming language or any form of tool. It is more of a web development practice aimed towards enforcing better performance, higher security, lower cost of scaling, and better developer experience.

In this article, I’ll introduce you to what JAMstack means, why you should care, best practices, and how to get started. 😃

According to the official JAMstack documentation,

JAMstack is a Modern web development architecture based on client-side JavaScript, reusable APIs, and prebuilt Markup.

When we talk about “The Stack,” we no longer talk about operating systems, specific web servers, backend programming languages, or databases.

The JAMstack is not about specific technologies. It’s a new way of building websites and apps that delivers better performance, higher security, lower cost of scaling, and a better developer experience.

JAMstack is a major trend in web development coined by Mathias Biilman, the CEO and co-founder of Netlify.

Okay, chill! What is JAMstack?

Stacks generally are just a combination of several technologies used to create a web or mobile application. So JAMstack is the combination of JavaScript, APIs and Markup. Pretty interesting right?

JAMstack projects don’t rely on server-side code — they can be distributed instead of relying on a server. Served directly from a CDN, JAMstack apps unlock speed, performance and better the user experience.

I’ll be using these terms in this article frequently and I thought you should know their meanings (if you don’t already): Traditional websites or CMS sites (e.g WordPress, Drupal, etc.) rely heavily on servers, plugins and databases. But the JAMstack can load some JavaScript that receives data from an API, serving files from a CDN and markup generated using a static site generator during deploy time.

When it comes to minimizing the time of load, nothing beats pre-built files served over a CDN. JAMstack sites are super fast because the HTML is already generated during deploy time and just served via CDN without any interference or backend delays.

Everything works via an API and hence there are no database or security breaches. With server-side processes abstracted into micro service APIs, surface areas for attacks are reduced and so your site becomes highly secured.

JAMstack is cheaper and easier to scale

JAMstack sites only contain just a few files with minimal sizes that can be served anywhere. Scaling is a matter of serving those files somewhere else or via CDNs.

How do I Get Started?

You can use some already built technologies to build JAMstack applications in a few minutes. Here are a few:

JAMstack was invented as a way to put a nomenclature to the new way of building websites and apps that delivers better performance, higher security, lower cost of scaling, and a better developer experience.

JAMstack is not about specific technologies, it is a modern web development architecture based on client-side JavaScript, reusable APIs, and prebuilt Markup.

Join the JAMstack community to learn more and get more updates. 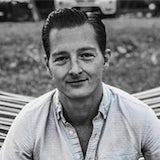 Thanks for including the Cosmic Community in your Resources section! Here is an even more current tutorial: How to Build a JAMstack Website using Vue.js, Nuxt.js and the Cosmic JS Headless CMS . You can install the app or fork the codebase and demo managing content API-first 🚀

Would appreciate any feedback, Hashnode Community 🙌

Thanks for the article. Been wondering what the "JAM" there meant after seeing it a couple of times on twitter. Concise and comprehensive enough.

Thanks for reading, glad it helped you. ♥